IMJ has been listed in BEI since 10 December 2013 with IMJS stock code.

Bull is known as the symbol of financial markets in the world that describe optimism and a better future with the hope that the stock index continues to strengthen. The name of Banteng Wulung which became the symbol of Indonesia Stock Exchange is taken from a story from Pasundan land about a mighty bull that guard the whole land of Pasundan. If The Charging Bull on New York Stock Exchange is made of bronze, Banteng Wulung is made of original Indonesian timber fossils aged 2.5 to 5.6 million years old with a weight of 7 tons carved by Balinese artists. (sources: www.tempo.co and www.detik.com).

Darmin Nasution, Minister of Coordinator of Economics Sector (middle left) and Sri Mulyani, Minister of Finance of the Republic of Indonesia (middle right) 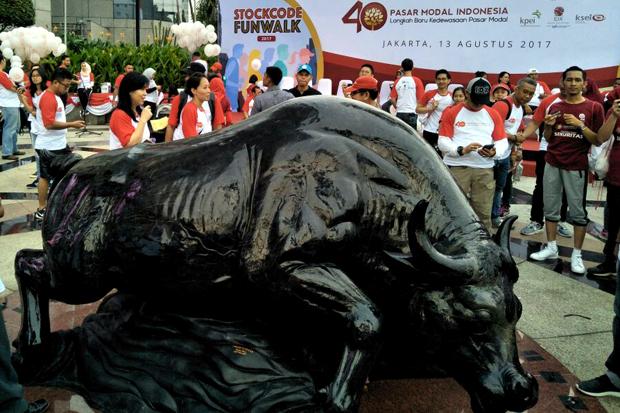 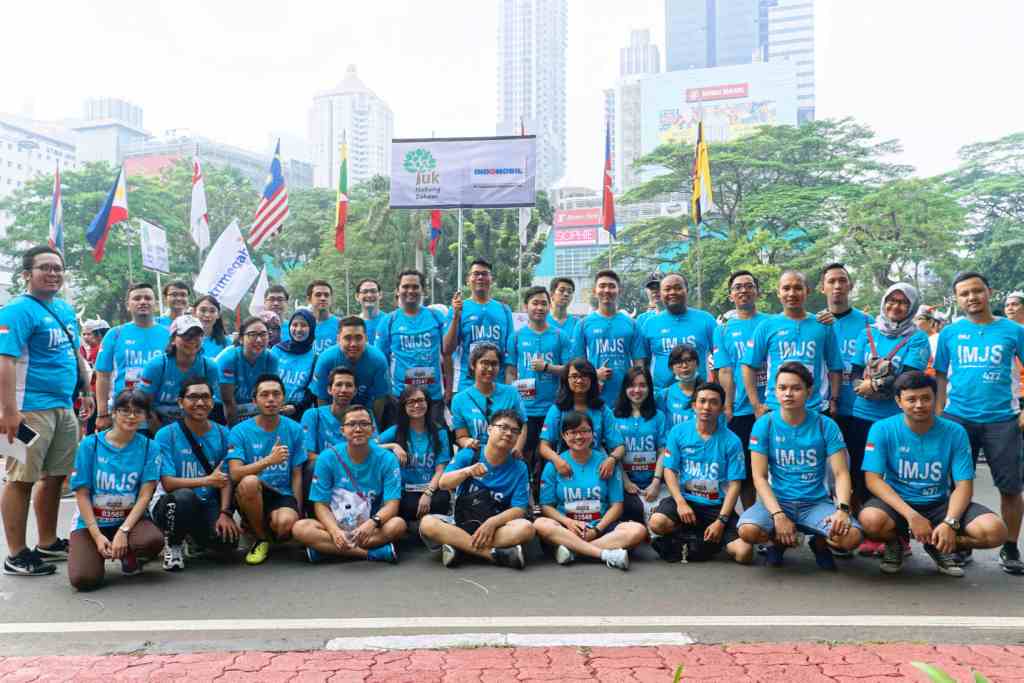 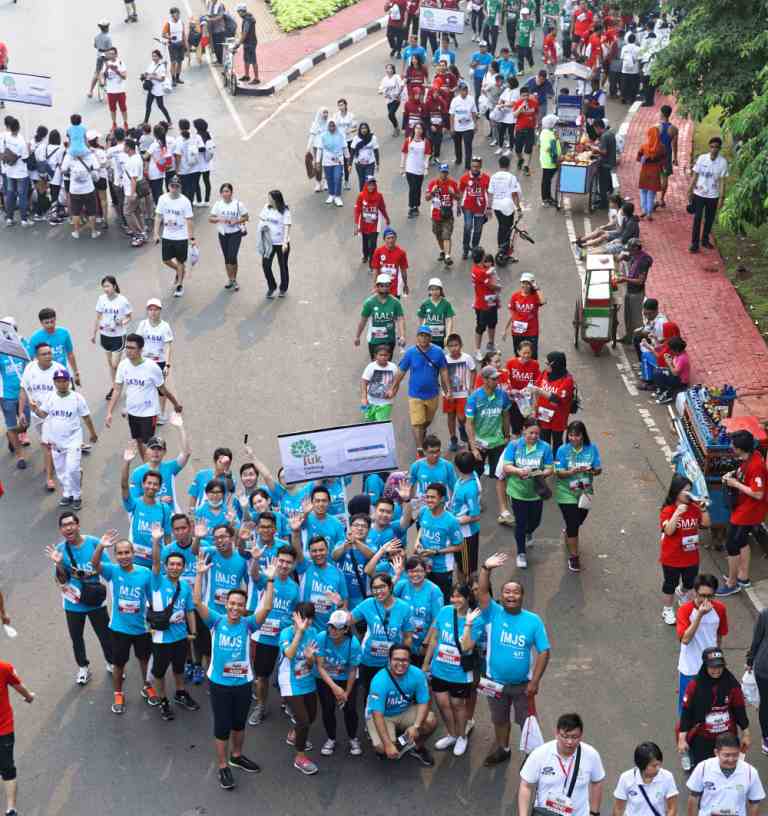 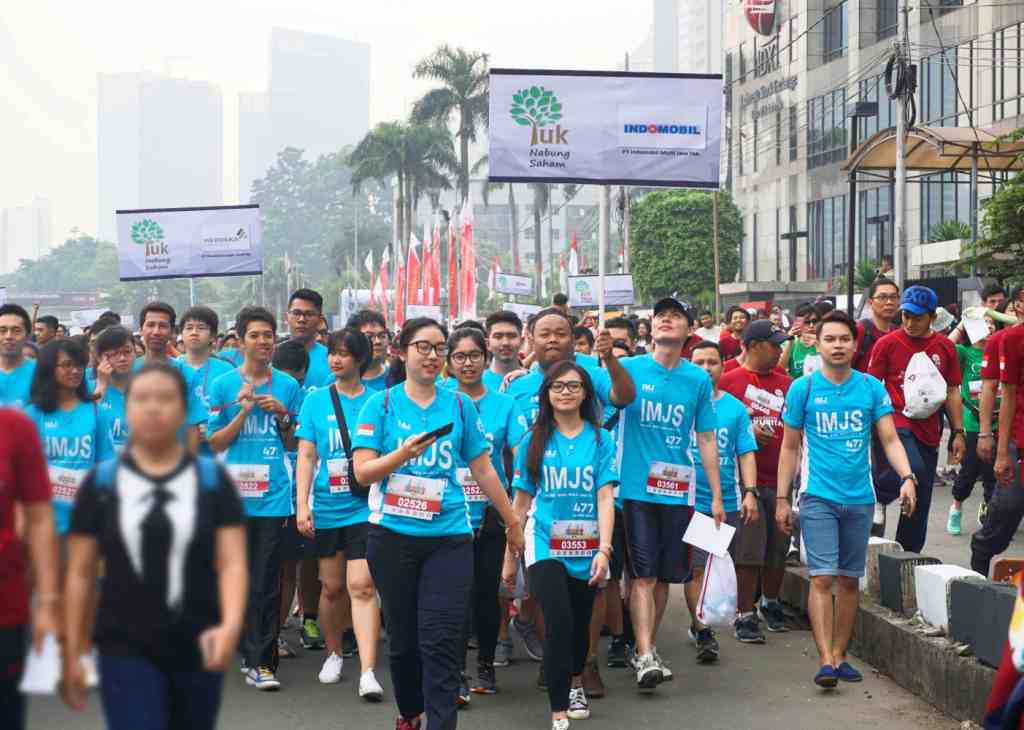 The IMJ Team during Fun Walk 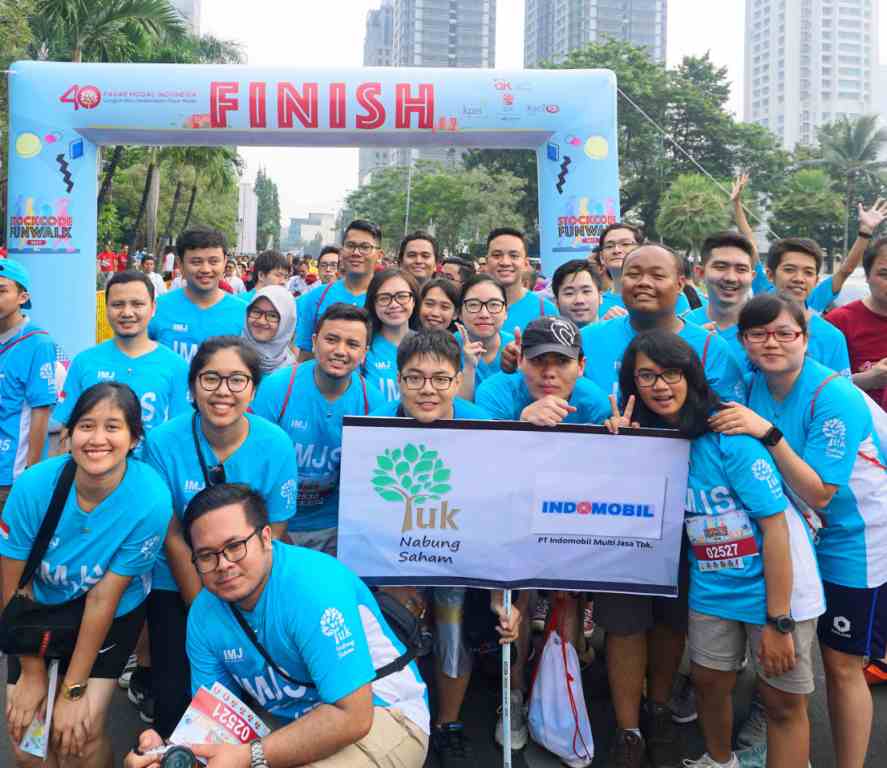 The IMJ team arrived at the Finish line

More in this category: « Annual General Meeting of Shareholders of PT Indomobil Multi Jasa, Tbk in Year of 2015 IMJ Becomes The Most Powerful Company in 2017 »
back to top