The theme of the event is "Unite Steps In Order To Achieve Collective Success", started with speech from Mr. Josef Utamin (President Director of PT Multicentral Aryaguna, building management of Indomobil Tower Building), Mr. Jusak Kertowidjojo (President Director of Indomobil Group and IMJ), and Mr. Gunawan Effendi (CEO of IMFI) and continued celebration of the 24th IMFI Anniversary by blowing the birthday candle.

"The number of employees of Indomobil Group is increasing in line with the growing of our business. Ten years ago, our employees were only 4000 people, now has reached by 15000 people. By having new building all the operations of Indomobil Group's subsidiaries are concentrated in one place, no longer separated. Surely, our performance will be more efficient and communication will be better. Moreover, the effectiveness and productivity of the work will increase continuously," said Mr. Jusak Kertowidjojo, President Director of Indomobil Group and IMJ in his speech.

Mr. Gunawan Effendi, CEO IMFI also added, "By entering the 24th years of age of IMFI, IMFI is growing very well by offering various financing service and it can be seen from the total assets that continue to increase up to Rp 9.869 trillion as per September 2017. In terms of funding, we have issued bond 13 times with a total amount of Rp 8.212 trillion. IMFI was also awarded as the Best Foreign Debt Management Corporation from Bank of Indonesia. We also continue to support government programs in collaboration with Dukcapil in relation to the usage of population data which integrated with our system. These achievements can be realized because of the support of Sole Agent partners, dealers, banks, insurance companies, securities companies, vendors, commissioners, shareholders, employees, and consumers."

The inauguration of the new office was done symbolically by cutting ribbon by Mr. Andrew Nasuri (Director of IMJ), Mr. Edy Handojo (Director of IMFI), and Mr. Toshiro Mizutani (Non-affiliated Director of IMJ) on the 8th floor and by Mr. Jusak Kertowidjojo, Mr. Gunawan Effendi, Mr. Josef Utamin and Mr. Herry Sidhartha as Vice President Director of BNI 46 on the 11th floor.

Happy Anniversary IMFI, Congratulations for the inauguration of New Office of IMFI and IMJ in Indomobil Tower, Jakarta. 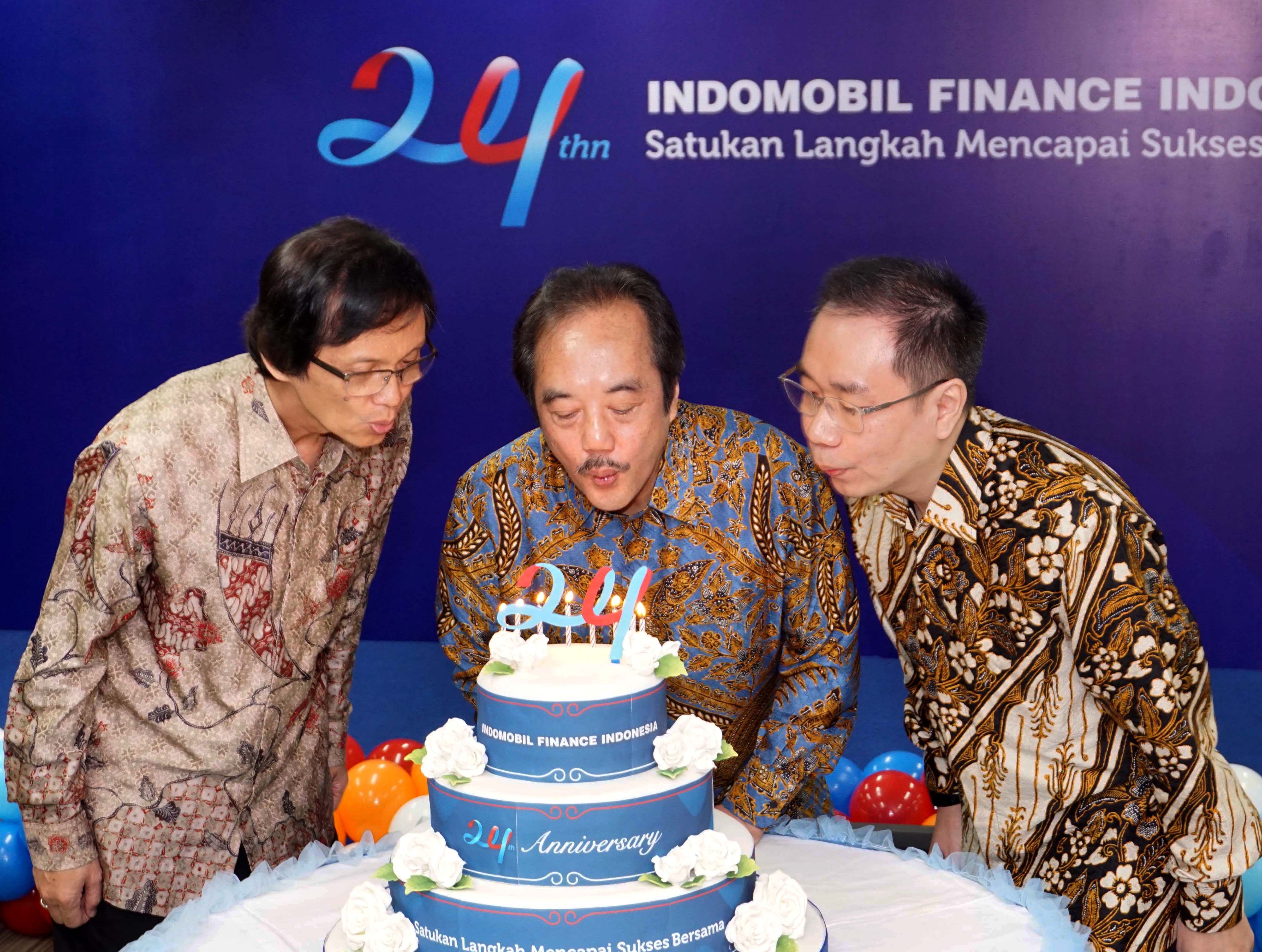 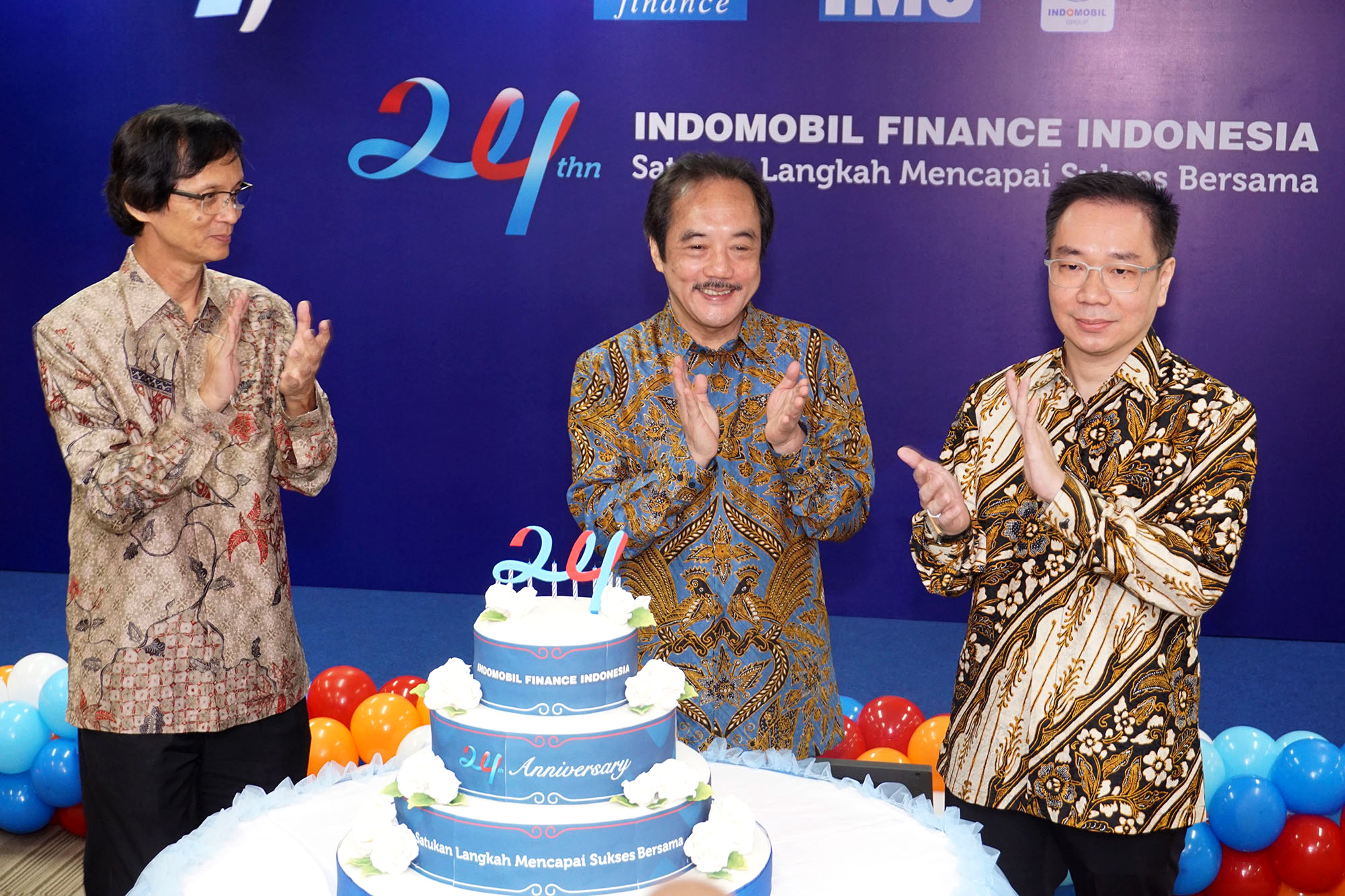 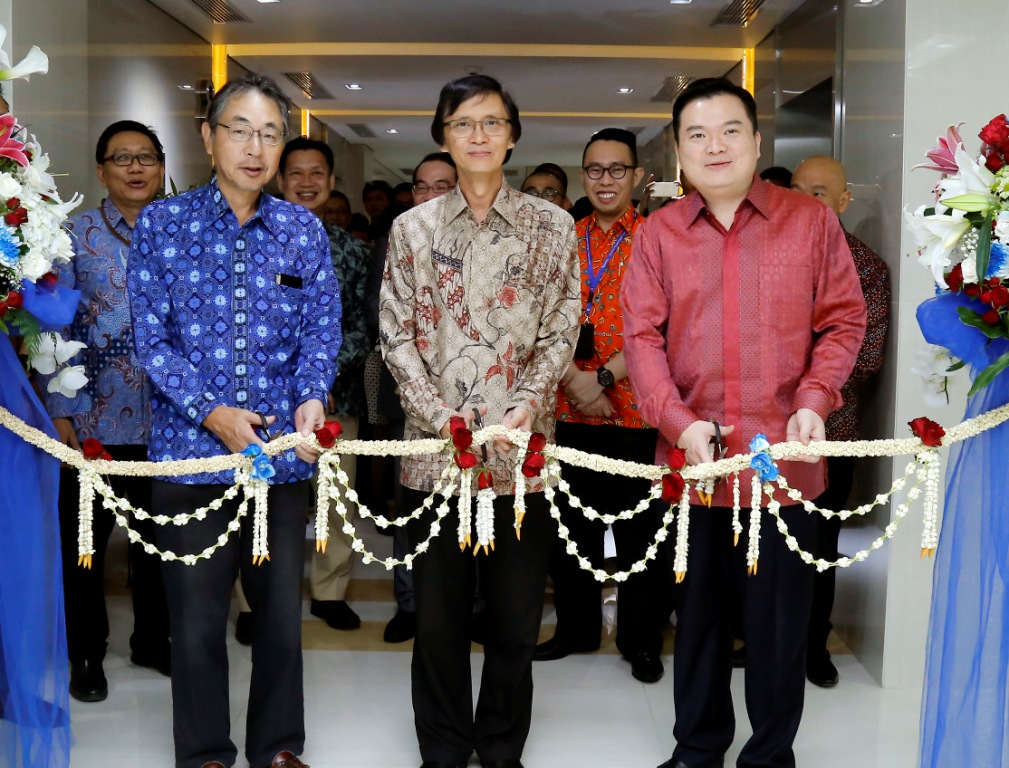 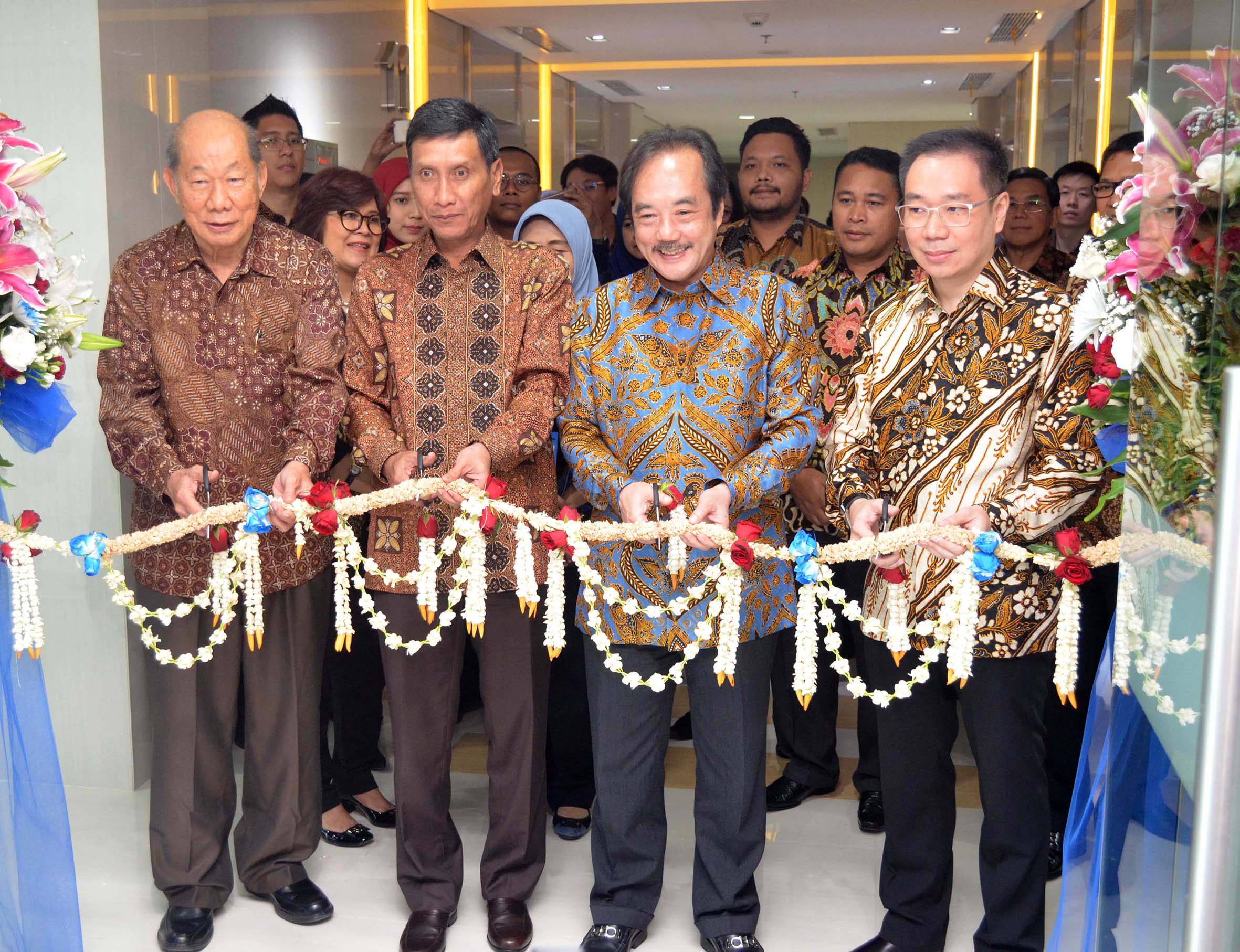 The cutting ribbon session on the inauguration of the new office by Mr. Toshiro Mizutani,  Mr. Edy Handojo and Mr. Andrew Nasurion on the 8th floor (left) and by  Mr. Josef Utamin,  Mr. Herry Sidhartha Mr. Jusak Kertowidjojo and Mr. Gunawan Effendi, on the 11th floor of Indomobil Tower (right). 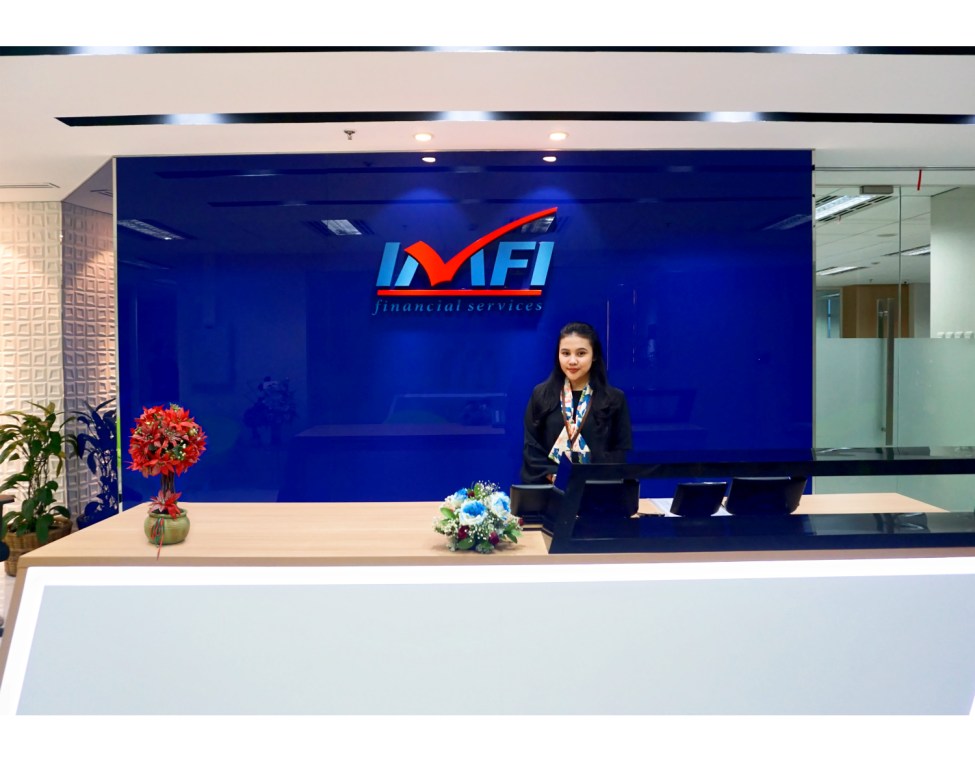 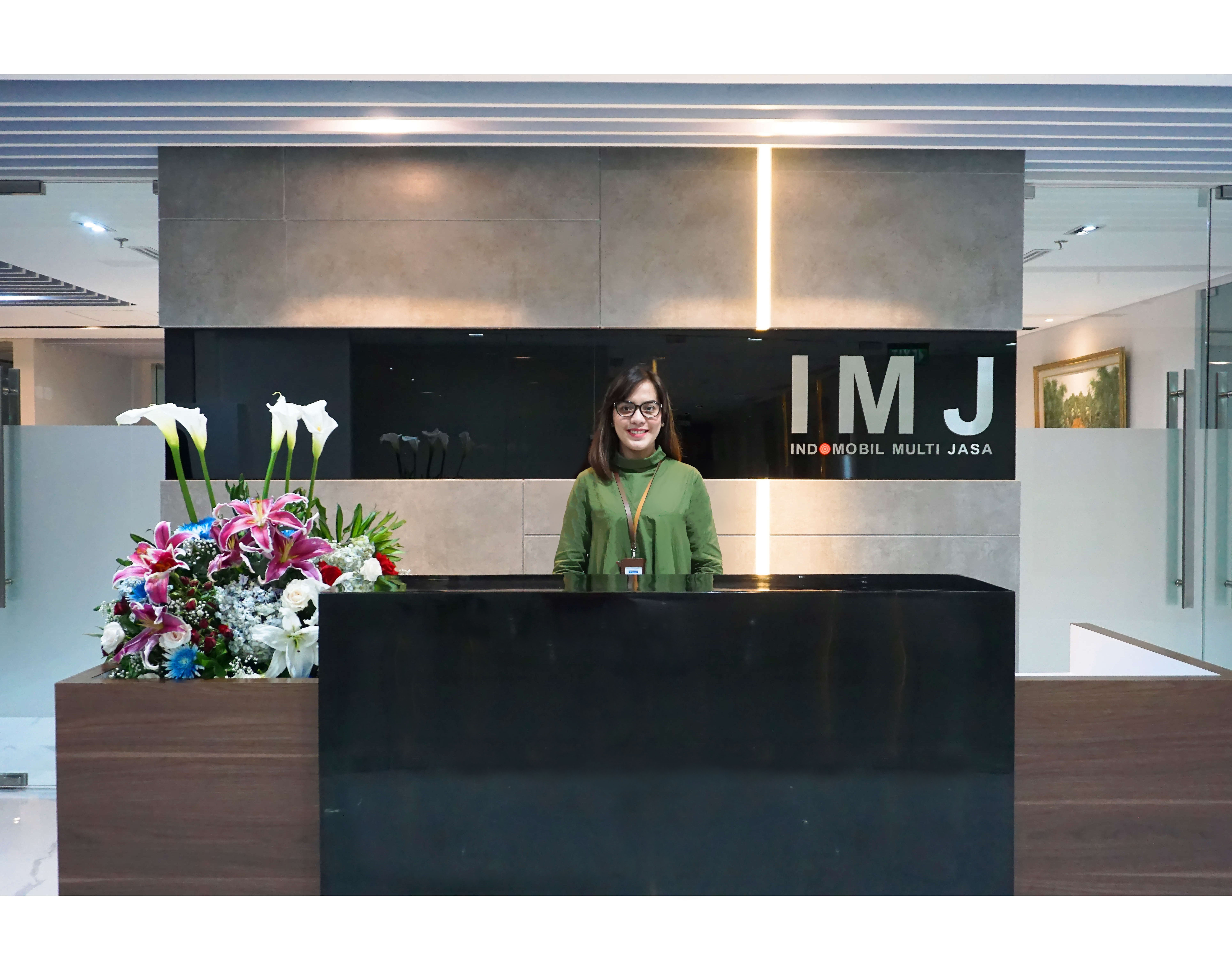 More in this category: « IMJ Becomes The Most Powerful Company in 2017 Annual General Meeting of Shareholders of PT Indomobil Multi Jasa, Tbk in Year of 2018 »
back to top