Audit Committee are professional individuals come from outside the Company, in which one of them has financial expertise background. Therefore, in composition and qualification, members of the Audit Committee have complied with the provisions of Bank of Indonesia Regulation and Bapepam-LK Regulation and the Regulation of the Financial Services Authority. The Company guarantees the independence of all members of the Audit Committee of the Company by ensuring that all of them do not have financial, management, share ownership and /or family relationships with members of the Board of Commissioners, Board of Directors and /or Controlling Shareholders as well as relationships with the Company that can influence in terms of in making decisions. 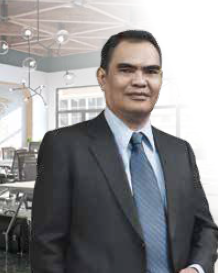 Appointed as Chairman of Audit Committee since August 1st 2022. He obtained his Bachelor Degree in Economics from Parahyangan Catholic University Bandung, in 1980, and Master of Science Degree in Economics and Development Studies from University Indonesia, Jakarta, in 1996. He is active in the academic field and serves as a lecturer at the Faculty of Economics, Parahyangan Catholic University, Bandung. Currently he holds the position of Independent Commissioner of the Company, and also serves as Chairman of the Audit Committee of the Company. 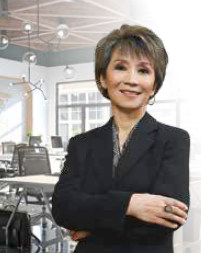 Appointed as Member of Audit Committee since August 1st 2022. She obtained her Bachelor Degree in Accounting from Parahyangan Catholic University, Bandung, in 1987, and Magister of Management Degree from Sekolah Tinggi Manajemen Bandung, in 1997. Previously she held positions as Director in several companies. Currently she holds the position of member of the Audit Committee of the Company. 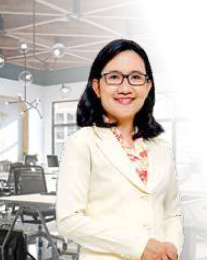 Audit Committee is established based on a. Bapepam-LK Regulation No. IX.I.5 about the Establishment and Manual of the Audit Committee of the Appendix of the Decision Letter of Bapepam-LK Chairman No. KEP-643/BL/2012 dated December 7, 2012 and Item 4 of Article 28 of Finanacial Services Authority (FSA) Regulation No. 33/POJK.04/2014 about Board of Directors and Board of Commissioners of Issuer or Public Company.

Pursuant to the review results, the Audit Committee will draft the recommendation to be followed up in order to help the management of the company in making decision, creating an effective communication, accomplishing various operational tasks and accelerating the process of socialization for Know Your Customer (KYC) in accordance to Law No. 8/2010, Decision Letter of Minister of Finance No. 30/PMK.010/2010 and Regulation of Chairman of Bapepam-LK No. PER.05/BL/2011. Adding to that, the Audit Committee is also assigned with other tasks relating to the tasks from Board of Commissioners, among which are:

More in this category: « Audit Internal Prospectus »
back to top